The SeqWare project (originally SolexaTools) was started in 2007 by Brian O’Connor while he was a postdoc in the Nelson Lab at UCLA. Brian moved to UNC in 2010 to be a research associate in the Lineberger center where the project grew and developed into the pipeline system used for the center’s TCGA RNA-Seq analysis. In 2011 Brian moved to OICR in Toronto where he is currently a software architect and manager for the Software Engineering team. SeqWare continues to be developed by his team and is used for the institutes NGS data analysis needs, including the center’s ICGC projects.

The open source SeqWare project is a portable software infrastructure designed to analyze massive genomics datasets produced by contemporary and emerging technologies, in particular Next Generation Sequencing (NGS) platforms. It consists of a comprehensive infrastructure focused on enabling the automated, end-to-end analysis of sequence data – from from raw base calling to analyzed variants ready for interpretation by users. SeqWare is tool agnostic, it is a framework for building analysis workflows and does not provide specific implementations out-of-the-box. You use SeqWare to create high-throughput infrastructure for NGS analysis using whatever analysis tools you like. 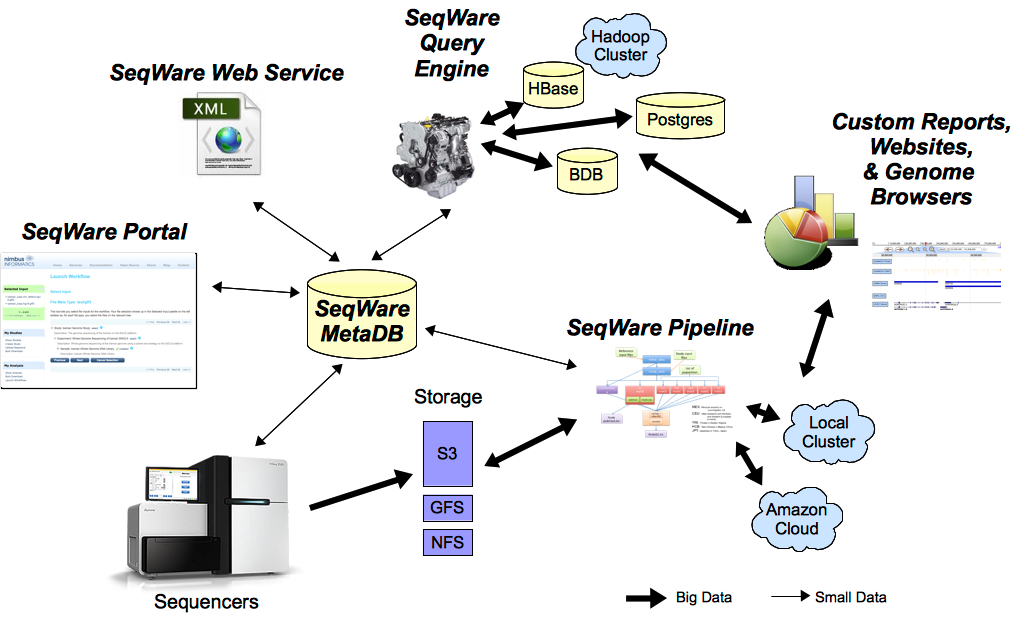